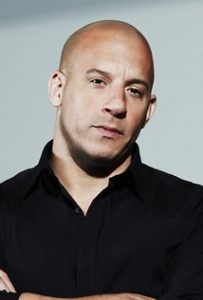 In November it will be a year since the last update on a new Riddick movie, and no more information seems to be forthcoming.

Also in the pipeline is a new TV series titled Raising Blind which delves into the world of underground gambling. Produced by Diesel’s company Race One Films, FX Channel has already signed a contract with Race One Films to broadcast the series. The recent news of the high stakes poker ring and casino gambling featuring Leonardo DiCaprio and Matt Damon may have been a catalyst for this TV show. More details on this likely to follow.

Now back to Riddick, Diesel turns 50 next year and with the new movie supposed to be an origin story it’s getting to the point where he will no longer be able to convincingly play a “younger” version of Riddick.

Pitch Black came out in 1999 and it is becoming increasingly likely that we will see a new Riddick within the next couple of years which means potentially there would be a 20 year gap between the movies.

Anyway as soon as any information is released I will be sure to post them here!